By most standards, Feng has lived a successful life. He was born in GanSu, finished college in Xi’An, became a technician in ShenZhen, then a manager, then started his own company in Shanghai and got into investing. He’s had a great career, achieved financial freedom, a beautiful family, and is well respected by people.

Feng thought this was the path of his life until one of his dearest friends committed suicide. They’ve known each other for a long time and this friend also had an extremely successful career. However, at the “height” of his life, he suffered from depression and chose to end his life.

Feng started to realize, career and secular definitions of success, is not what life is all about. There’s much more to life. 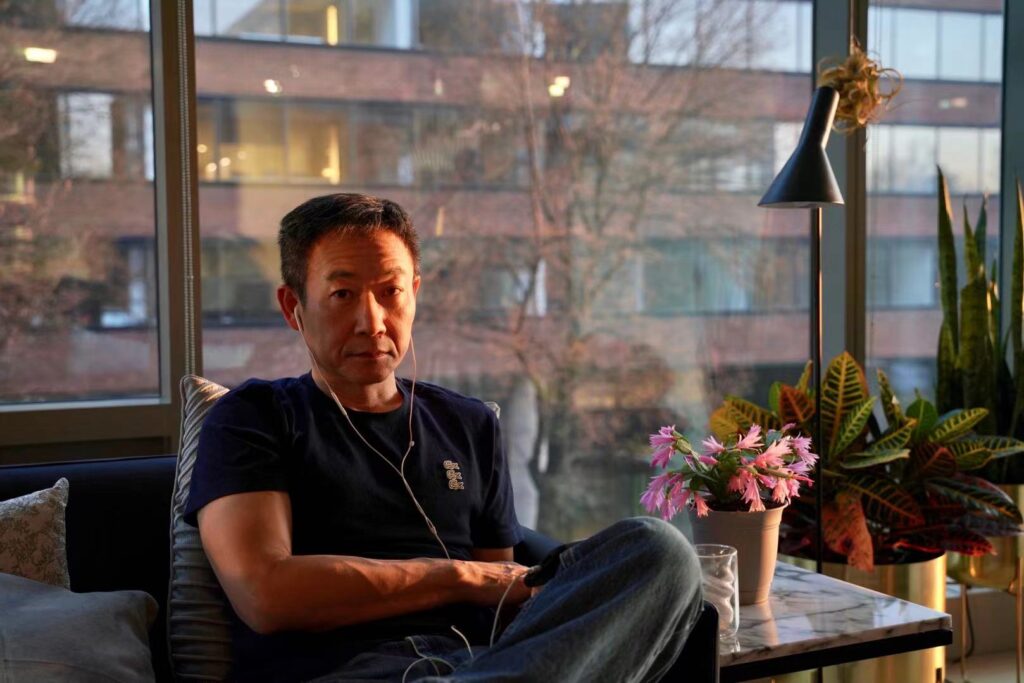 In 2006, Feng participated in a reality show called My Long March where 26 participants hike the historic Long March and study the social problems and propose solutions to those problems in the areas along the hike. Feng decided to participate and was elected the captain of the team of participants.

Though Feng tried his best to prepare for the hike, the reality of the hike was still much more challenging than he imagined. Bad weather, night hikes, fast hikes, everyday Feng and his teammates had to walk “like animals.” Muscle soreness, joint pain, blisters, mosquitos, fleas, leeches, scorpions, and lice became everyday encounters. It didn’t take much time before Feng lost 20 pounds.

As the captain, Feng also had to coordinate all his teammates. No one was allowed to be left behind, but the pace of the whole team also had to be guaranteed. Hiking in the poorest parts of China, accommodation never came easy. They often had to sleep in local elementary schools, putting the desks together to make beds and sleeping in sleeping bags. Feng still remembers that he could clearly feel his tail bone on those desks and because the desks were not of the same height, every turn he takes in his sleep, he will wake up from the discomfort.

However, as physical limits were challenged, the mind and spirit became stronger. When hiking through a grassland, Feng and his teammate decided to hike while fasting. Though eventually the fast had to be stopped, they still set a record of hiking for 89 kilometers while fasting for 3 days at a minimum of 3000 meters of altitude. 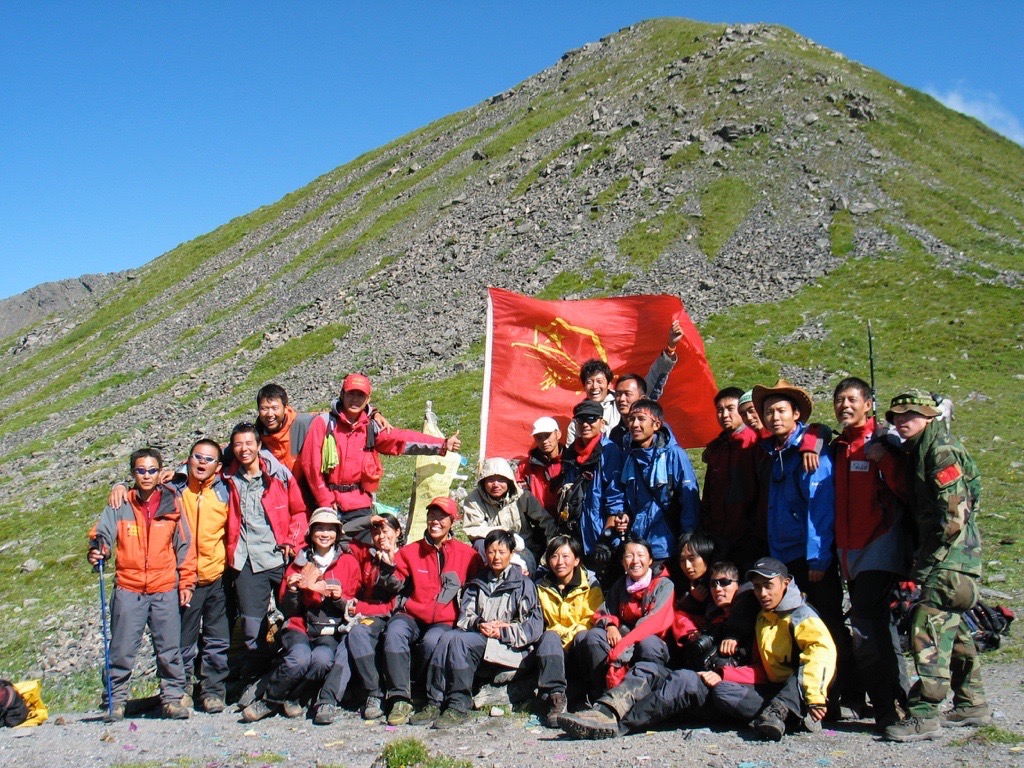 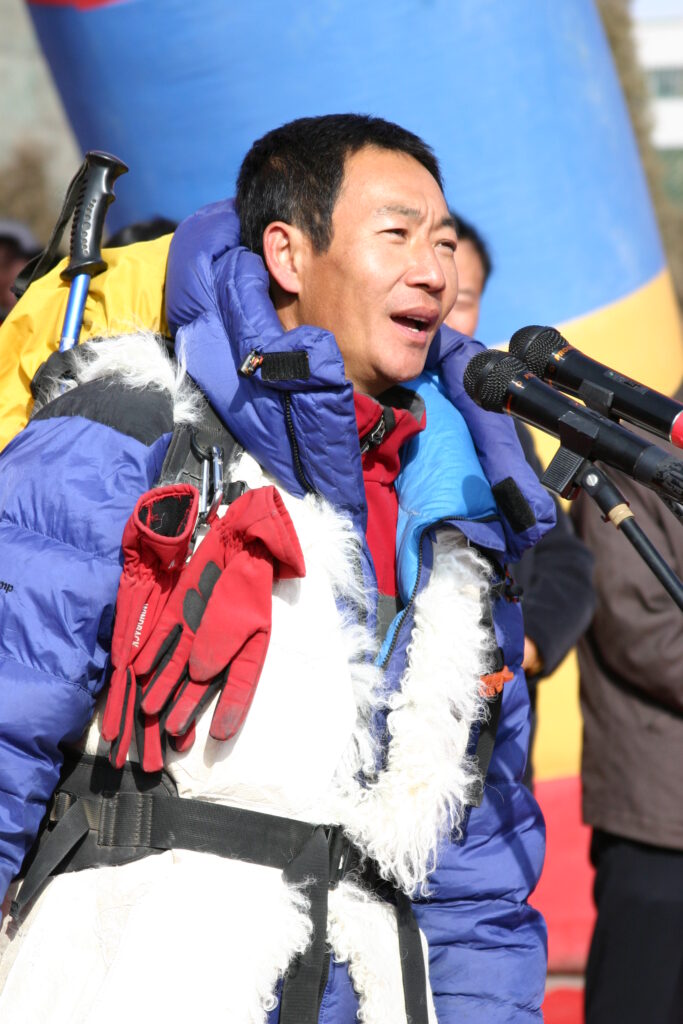 My Long March was a tremendous success. Feng and his teammates were able to crowd-fund over 15 million RMB worth of donations and helped over 230 local schools along the march. It was during this march, Feng learned about charity and dedicated himself to this new life’s purpose.

At one of the local schools during the march, Feng heard this conversation between a teacher and a student in class.

“Where do you people sit in a plane?” A student asked.

“In the wings.” The teacher replied.

Limited by their own knowledge, resources, and life experiences, teachers in the rural parts of China needed to be properly trained to responsibly teach the next generation. And this was the realization that founded the iFly, a program that brings rural teachers to the big cities of China and gives them the opportunities to experience city life and modern education theories. Of course, Feng was a part of the program from its inception and went from the captain of the Long March team to the director of iFly. 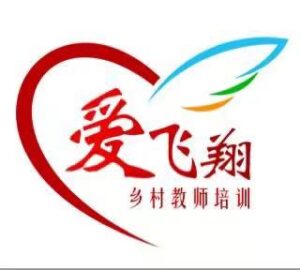 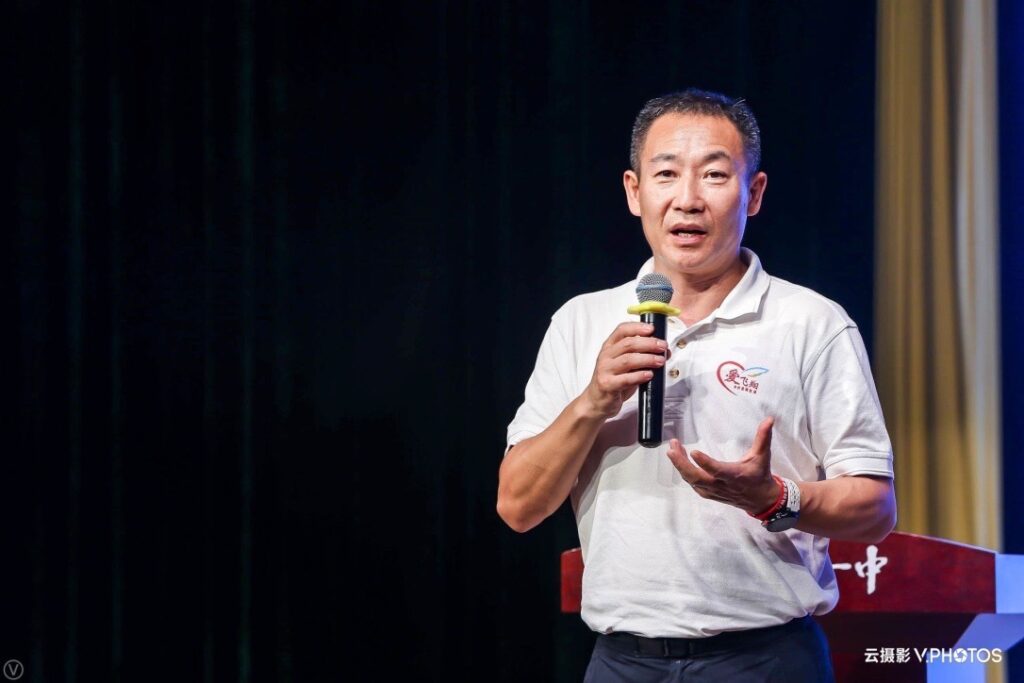 2007 was the first year of the iFly program. Every year after, 150 rural teachers were invited from rural parts of China to visit Beijing and Shanghai. They were taken to the Great Wall, did physical check ups with the best doctors, visited citizen households, and even watched a Serie A soccer match with a hundred thousand fans in Beijing.

To fundraise for iFly, Feng went to his wild side again. July 2014, Feng, nearing 50, posted on social media that he will ride (bicycle) from the northern tip of Japan to the southern tip of Japan in the name of fundraising for iFly. The idea is everyday he will blog his journey and name the day after a donor. The donor would have to donate 100 rmb and retweet the blog on their own social media. More people responded and became donors than there were days in his journey. And among the donors there were plenty of famous writers, TV hosts, artists.

The bike journey took forty four days, during which Feng encountered two typhoons and the biggest volcano eruption in Japan since WWII. The journey measured more than 3,700 kilometers in distance and 33,000 meters in altitude, which is the equivalent of biking over Mount Everest 4 times. Feng lost 10 pounds but gained 665 donors for and over 100,000 supporters on social media for iFly. 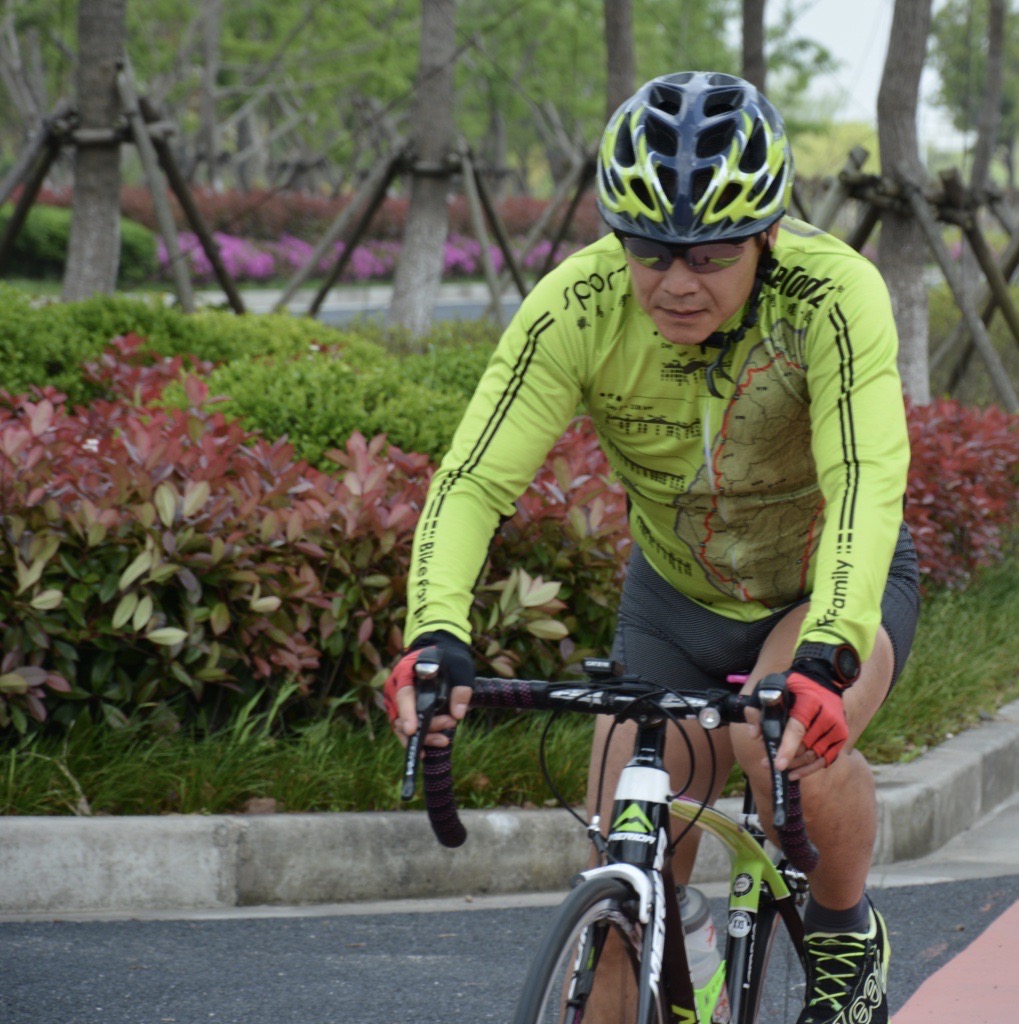 “It’s only when one lives for others, can he transcend the value of an individual.”

When Faith Knocks On The Door:

In 2014, Feng became the director of YongYuan Foundation. Same year, he also received a scholarship from CGPI China Global Philanthropy Institute and became one of the first EMP students.

In 2017, Feng received scholarship from Bridgewater Foundation and became one of the first 40 students in the Harvard Kennedy School 2017 Executive Leaders In Philanthropy Program, during the time of which he witnessed his friend JianBang Wang found the first DAF in China. 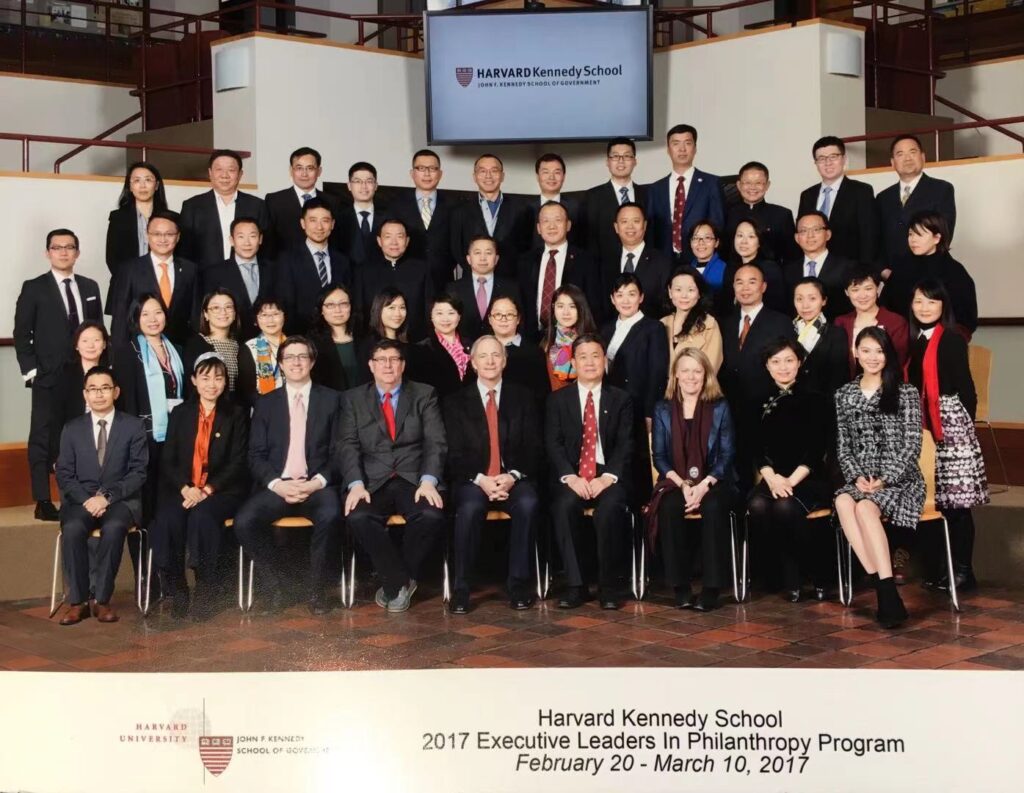 January 2021, Feng founded his own Bedrock Foundation. In March, Feng pledged to donate $5 million dollars to the foundation.

“Daofeng is a great role model to me as someone who acts the way they speak.”

In this new chapter of life, Feng also found his faith. He believes it’s the belief in something greater that makes someone breakthrough the limitations of standard paths of life.

Fight The Fight Against Covid:

When Covid first hit, there was news of a Chinese middle school girl that committed suicide because she lacked the financial means to purchase a phone to listen to her school’s online classes. When Feng and his classmates in the non-profit organization leadership program were still thinking about ways to help out similar situations, they received a call from Daofeng He, their mentor. Daofeng and his wife, Angela, decided to donate 2 million RMB to buy tablets for students in inland China who are struggling with online courses’ accessibility.

Feng said about this experience “The kids received not just the tablets, but also a connection and mental support from strangers. This kind of experience will help rural kids establish a good relationship with the rest of the world.”

At the end of 2020, the tablet donation project received a special contribution award from iFeng.com

March 23, 2020, Daofeng He founded Life Preservation Initiative, a project dedicated to procuring masks and other important medical equipment for the US public servants and medical workers. Feng joined the initiative and became a key member of the procurement team.

Buying masks was never more difficult and procuring masks from China and delivering them to the US had more hurdles than anyone could have imagined: different medical standards, unreliable pricing, shipping shortage… But by the end of March, Life Preservation Initiative was still able to procure over 420 thousand masks and over 300 thousand medical-grade masks.

By July 2020, Feng and his team delivered over 1 million masks to the local citizens, public servants, and medical workers in the New York, Connecticut, Maryland, New Orleans, and Boston areas. 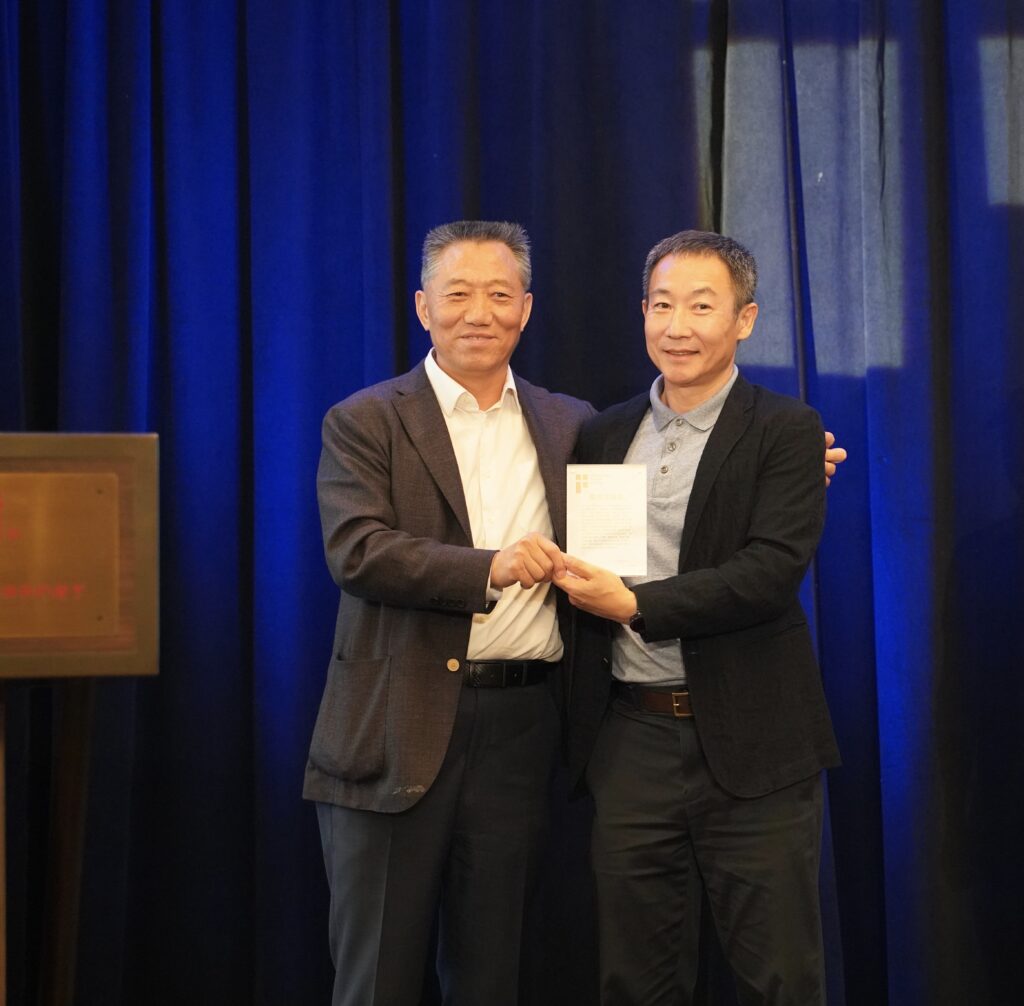 Now at 57 years of age, Feng moved to Washington DC. With age, his lifestyle has changed and his mentality has also changed, but his dedication for charity work never changed.

In July of 2021, Feng’s Bedrock Foundation, along with other charity organizations, organized a new charity program – Bethel Series. As a volunteer, Feng participated in recruiting, training, operations, and other duties. This new experience made him realize that faith is not just in one’s spirit, but also in his actions.

The journey continues for Feng.